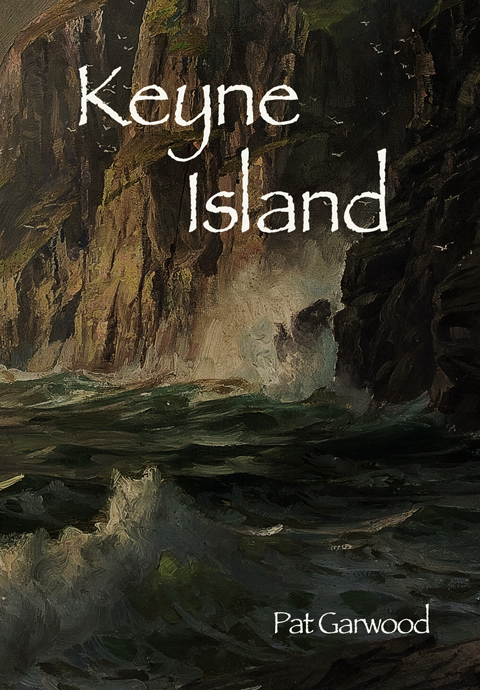 Keyne Island is a passionate and original Victorian adventure.  The plot twists and turns as it follows the fortunes and misfortunes of the Grundy family through three generations, exploring themes of love and money, greed and generosity, sexuality and family ties. Within a few pages, we are transported to a by-gone age and the rugged landscape of the small island intensifies the drama. With Clive, a heartless villain, at the centre of the story, and Mathew and young Dora bringing joy and optimism to this epic tale, good is pitched against evil with a moral integrity.  Although the book is set in the nineteenth century, it tackles contemporary themes, sensitively challenging our expectations of Victorian repression in its refreshing and open embracing of gay love.  Keyne Island is an emotional rollercoaster, and the wild Cornish setting is so evocative you can almost smell the sea as you read.

The Prologue of Keyne Island arose from a vivid dream that refused to be ignored:

The two men were sitting in deep armchairs in front of a blazing log fire. The older man, Hugh, was staring intently at Mathew.

‘Why have you never married?’ he asked, ‘a fine man like yourself? You cannot have been short of willing young ladies, surely?’

Mathew smiled politely. He had been parrying similar questions for many years now. He looked at the bearded, middle-aged man in front of him, noticing the weather- beaten roughness of his skin; contrasting oddly with the elegant clothes and the silk cravat.

‘Never found the right girl, I am afraid,’ he answered, ‘I have had to substitute beautiful paintings, instead.’

Hugh laughed. He leaned back in his chair, crossed his legs and drew deeply on his cigar.

‘All the same,’ he said, letting the smoke from his mouth swirl lazily round the air, ‘you should have a wife. Life would be easier for you. Know what I mean, eh?’

Mathew did not answer for a minute. He brought his brandy glass up to his nose and inhaled the strong, rich vapour. He looked up at Hugh over the rim of the glass.

‘Yes,’ he said, with slight irony, ‘perhaps it would.’
‘Good,’ said Hugh, giving a short, sharp laugh.
Suddenly he leant forward, filled with an energy that Mathew was not expecting.

‘Now look,’ he said, ‘I have got a proposal to put to you. I want you to hear me out. Not interrupt. Hear me through, understand?’

Mathew nodded, intrigued. He saw the slight flush that had risen in Hugh’s cheeks and noticed the look of excitement that had come into his eyes. What was this?

Hugh rested his cigar in the marble ashtray, clasped his hands together and fixed Mathew with his gaze.

‘I want you to consider marrying my daughter,’ he said.

After a moment of stunned silence, Mathew shook his head and opened his mouth to speak, but Hugh cut him short.
‘Let me finish, please. Her name is Celia. She is very young, seventeen. When she marries she will inherit a fortune from her grandmother. Her husband will be guaranteed a comfortable life for the rest of his days. However, there are certain complications involved which require very delicate handling, which is why I am proposing this to you, in such an unusual fashion.’

Mathew’s mind was racing. What was the problem here? Why did Hugh not wait until the girl was able to attract a suitable husband? Was she slow in her mind, perhaps? Was she deformed in her body?

As if reading his mind, Hugh held the palm of his hand up to Mathew stopping him from any response.

‘Before you say anything, I think you should meet Celia,’ he said.

He rose from his chair and strode to the far end of the room, pulled open the heavy door and shouted into the cavernous hall.

‘Celia, Celia. Come down here at once, there is somebody I want you to meet.’

He then returned to his armchair and sank into it, putting his hand up to his mouth. Pulling at his lip in a rather apprehensive manner, Mathew thought.

There was silence for a minute or two, then the sound of footsteps coming carefully down the stairs and across the hall. The next moment Celia entered the room. She was dressed in a pale lilac dress, with deeper lilac trimmings. Her light brown hair was arranged in a single heavy plait, hanging down over one shoulder. As he looked at her, Mathew realised with absolute certainty that he was looking not at a seventeen year old girl, but at a very beautiful young man. He fell instantly in love.

... and get Keyne Island for free.